How do you picture Greece in the forthcoming years?

In the words of late Konstantinos Mitsotakis, former Prime Minister of Greece… I dream of a Greece who has taken her worthy place in the new world! Α Greece, competitor of equal footing with the other countries…

Do you believe that Mykonos has been established as a high end luxury destination?
Of course, Mykonos is at its best, when it comes to luxurious hotel & villas with upscale services, wondrous beaches in combination with cosmopolitan atmosphere, clubs and restaurants, famous personalities, tycoons spending their vacation on the island. Mykonos has become a place hard to resist to, exceeding the narrow limits of Greece.

What would be your motto for the brand of “Hellas”?
To work towards building the Greece Onassis was imagining at a time when he responded with a smile to listening to the report of his company’s executives informing him that the silverware depicting the company’s trademark were vanished after each flight, responding to them that this is what he wished for since it constituted the best advertisement both for the company as well as for Greece. Mykonos could be the pilot driving forth the development also for other destinations of the country.

Blue Collection (www.bluecollection.gr) is a fully licensed Agency, incorporated under the laws of the Hellenic Republic and having its offices at 35 Isavron Str. , 114 73 Athens , Greece and registered with the trade register of the Chamber of Commerce in Athens under registration number 329019, the Real Estate registration number (Γ.Ε.ΜΗ) is 120322703000 and our VAT registration number is EL 039056244. 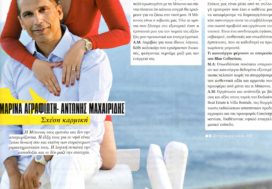 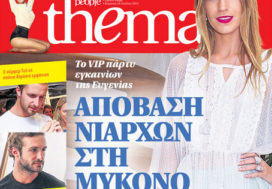 Confidential Interview July 2012
Blue Collection became the winner of the International Award of Luxury Lifestyle Awards 2018 in the category of Luxury Villas Rent Service in Greece
Blue Collection Greece would like to inform you that we process your personal data as controller pursuant to Article 6 (1) (f) EU Regulation 2016/679, the General Regulation on Personal Data Protection (GDPR).OK